REGRETS, BUT NOT DESPAIR - Anonymous 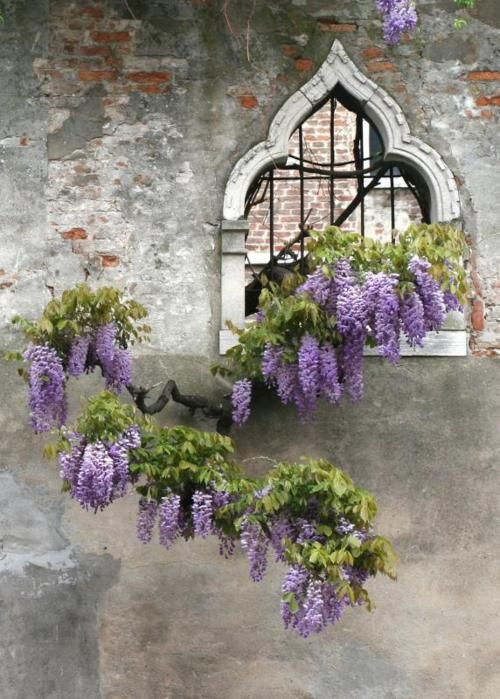 “I have a key in my bosom, called Promise, that will, I am persuaded open any lock in Doubting Castle.” - Pilgrim’s Progress.

What has occurred? what could your uncle mean by speaking of deliberate falsehood?” said Mr. Ewart, as soon as the three were alone in his room, and the door closed behind them.

Ernest was too much agitated to speak. Charles told in a few words all that had happened, omitting nothing but his brother’s greater share in the fault. Mr. Ewart listened with a look of distress on his countenance, which cut both the boys to the soul.

“We meant well,” said Charles in conclusion, “but everything has turned out ill.”

“You should rather say,” observed the clergyman, in a mild but sad tone, “that you meant well, but that you acted ill.”

“And you must suffer for our fault,” exclaimed Ernest, in bitter grief.

“What I suffer from most is the thought of your fault.”

“But that it should be laid at your door, you who have never taught us anything but what is right - oh! it is such cruelty, such injustice - ”

“Hush,” said the tutor, laying his hand upon Ernest’s, “not a word must you utter against your guardian; and remember that he had grounds for his indignation.”

Ernest leant both his arms upon the table, and bending down his forehead upon them, wept in silence.

“If you leave us on account of this,” cried Charles, with emotion, “we shall never be happy again.”

“Not so,” said Mr. Ewart, soothingly; “though the Christian is commanded to repent, he is forbidden to despair. Experience is precious, though it may cost us dear: it will be worth even the sorrow which you are feeling now, if this lesson is deeply imprinted on your soul, Never do evil that good may come.”

“In no case?” inquired Charles.

“In no case,” replied the clergyman. “We show want of faith in the power of the Almighty, if we imagine that He needs one sin to work His own good purposes. We can never expect a blessing on disobedience.”

“What I cannot endure,” exclaimed Ernest, raising his head, “is to think what the world will say. I know the colouring that my uncle will put upon the affair, how my aunt will talk to her fashionable friends. She will speak of the danger of evil influence, of her anxiety for her dear nephews, and the shock which it had been to her to find what principles had been instilled into their minds. Oh, Mr. Ewart, best, dearest friend, we have injured you indeed, we have brought disgrace upon your spotless character!”

“God knows my innocence in regard to you,” replied the clergyman; “to Him I commit my cause. To be the object of unjust accusation has often been the appointed trial of His servants. He can make even this affliction work for their good. And now, my dear boys, leave me. I have letters to write, little preparations to make, and I need a brief space for reflection.”

“Do you forgive us?” said Charles, pressing his tutor’s hand with a mixture of affection and respect.

“Forgive you! you have erred but through kindness towards me. I have nothing to forgive, dear Charles.”

Ernest rushed from the room without uttering a word. Charles followed him through the long corridor, down the broad oaken staircase, to the drawing-room, in which the family was still assembled.

Ernest came to confess, to plead, to entreat; and he pleaded, he entreated, with the fervent eloquence of one who thinks his whole happiness at stake. Mr. Hope listened with a rigid, unmoved look; his lady, who sat at her desk, observed, with an unpleasant smile, that the reverend gentleman had been evidently working upon the feelings of his pupils. She interrupted Ernest’s most passionate appeal, by telling that she was at that moment engaged in writing to her friend, Lady Fitzwigram, about a very superior tutor, of whom she had spoken to her when in London. “If Mr. Sligo should be still disengaged,” observed the lady, “this affair may prove really a fortunate occurrence.”

Fontonore and Charles left the room in despair. Bitterly reproaching themselves for having wandered from the right path, they retired to the chamber of the former, where they both remained for the remainder of the night, for companionship in sorrow was their only consolation in this time of bitter distress.

“It was I who led you into this trouble,” cried Ernest. “I have been your tempter, your false guide; all that has happened has been owing to me! How could I ever dare to call myself a pilgrim, after all that has happened, after all the lessons which I have received, to fall away thus, and disgrace my profession! Will not Clementina look upon me as a hypocrite. I could speak to her of the joy of the Lord, of the pleasures of devotion, of the glories of heaven! Ah, how different will she think my actions to my words! She may even place my errors to the account of my religion; my sin will be a stumbling-block in her way.”

“Ernest, brother, you must not give way thus. To fall once may not be to fall for ever. God is merciful and ready to forgive; it is foolish, it is wrong to despair.”

Poor Charles endeavoured to give comfort, which he much needed himself; yet his grief was not so deep as his brother’s. Ernest felt more strongly, what every Christian should feel, that he who has confessed religion openly before men should, above all others, be watchful over his own conduct. The world is ready, is eager to find faults in such; to excuse its own errors by those of God’s children; to accuse of inconsistency, and even of hypocrisy, those who profess to live by a higher standard. Alas, the sins and failings of sincere Christians have done more injury to the cause of the religion which they love than all the open attacks of its enemies!

Ernest was also, perhaps, the most warmly attached to his tutor. Mr. Ewart had been his friend at a time when he had no other: it was through him that he had discovered his right to an earthly title; it was through him that he had learned to hope for a heavenly one; and to have been the means of inflicting deep injury on his benefactor wrung the spirit of the boy with anguish, even greater than the pang of parting with his friend.

Long after Charles, weary and sad, had dropped asleep, Ernest lay awake, revolving bitter thoughts in his mind, almost too miserable even to pray. Never in the course of his whole life of trial had he passed so wretched a night. The envied Lord of Fontonore, in his magnificent castle, surrounded by all that could minister to his ease, was more wretched than Mark Dowley had been in his cottage, hungry, despised, and persecuted. Such are the pangs of a wounded conscience- such the misery of a backsliding professor!

Ernest fell asleep at last, worn out by the conflict in his own mind, and awoke in the morning with a weight on his heart which painfully oppressed, even before he was sufficiently roused to remember what it was that had caused it.

Mr. Ewart did not appear at breakfast, and neither of the boys could taste the meal. The sound in the court-yard of the wheels of the carriage which was to take their tutor away, and the sight of the neat black trunk, labelled and corded, placed ready by the door in the hall, made their hearts feel almost ready to burst.

The family of Mr. Hope avoided being present, but a number of the servants assembled to witness the departure of one who was respected by all. Even Jack and Ben were seen loitering on the drawbridge; and Lord Fontonore could not help remarking that the former surveyed him with a look of even greater insolence than was his wont; but poor Ernest was too much humbled, too much depressed, to be roused to any feeling of anger.

Mr. Ewart came forth, looking pale and thoughtful, but he smiled as soon as he saw his late pupils, and held out a hand to each. He bade a kind farewell to the numerous attendants, with a word of advice or encouragement to some. There were aprons lifted to tearful eyes, saddened looks, and murmured blessings, as the clergyman passed through the assembled throng to where the carriage was waiting. The boys grasped his hands, and kept them within their own, reluctant to unloose that last, firm clasp. He gave them his earnest, solemn blessing, and bade them put their trust in Him who would never leave or forsake them.

“Shall we ever meet again?” faltered Ernest.

“I hope so, I believe so,” replied Mr. Ewart, cheerfully. “This very morning I received a kind invitation from Mr. Searle. If I see no other opening before me, I may possibly visit Silvermere early in the spring; and if so...”

“Oh, if you were at the other end of the world, we should find some means of meeting,” exclaimed Charles.

“There is one comfort which we may always make our own, when parting from those whom we love,” said the clergyman, struggling to keep down his emotions; “all pilgrims travelling the same road come to the same rest at last; though circumstances and distance may divide them here, they may look forward in sure hope to a meeting in heaven.”

And he was really gone! the friend whom Ernest had loved, the guide whom he had followed, the stay upon which he had leaned, all was like a painful, bewildering dream. Again the young peer hastened to his chamber, threw himself on his bed, and vainly sought for the relief of tears. He was roused by feeling an arm thrown round his neck, and looking up, saw Charles, whose flushed face and reddened eyes bore evident traces of weeping.

“Leave me, Charley,” he cried; “the sight of your sorrow only makes mine harder to bear. We can never, never bring back the past. We can never recall the friend whom we have lost. I feel almost in despair.”

Charles uttered no reply. Perhaps he could hardly have trusted his voice to make one; but he laid his open Bible on the pillow before Ernest, and silently pointed to the words in Jeremiah: “Return, ye backsliding children, and I will heal your backslidings. Behold, we come unto Thee, for Thou art the Lord our God.”

“Oh, Charley!” said Ernest, with emotion, “this is the second time that you have opened the door of hope to your brother!”

“When did I ever do so before?”

“When a poor desolate boy stood beneath a yew-tree, and watched crowds going into the church which he was almost afraid to enter. You came to him then, and said a few simple words, which roused and encouraged at that time; and often since, when I have felt low and fearful, I have repeated those words to myself, ‘You must not stay outside.’ I have thought of these words as applying to the gate of mercy open to all. Oh, Charley! what a good, what a generous brother you have been to me! Many in your place would have hated and despised me, taunted me with my ignorance and with my early life; but you, even at a time when I have done you great wrong, when I have deprived you of your friend, even led you into sin, you come to comfort and to cheer me; ever faithful, ever hopeful, ever dear!”