Charles Bertrand Lewis (1842 – 1924), better known by the pen name M. Quad, was an American journalist and humorist. Lewis was born at Liverpool, Ohio, and attended the Michigan Agricultural College. He was a volunteer soldier in the northern army during the civil war. He joined the staff of the Detroit Free Press in 1869, and became known as a writer of sketches under the pen-name of M. Quad.

His accounts of the proceedings of a supposed society of colored people, to which he gave the name of Brother Gardner's Lime-Kiln Club, were very popular. 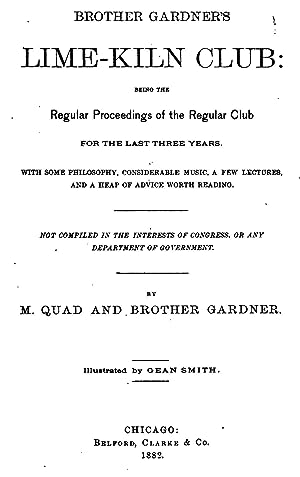 "What's this ! What's this !" exclaimed Mr. Bowser, as he came home the other evening and found Mrs. Bowser lying on the sofa and looking very much distressed.

"The doctor says it's the grip a second attack," she explained. "I was taken with a chill and headache about noon and..."

"Grip ? Second attack ? That's all nonsense, Mrs. Bowser ! Nobody can have the grip a second time."

"But the doctor says so."

"Then the doctor is an idiot, and I'll tell him so to his face. I know what's the matter with you. You've been walking around the backyard barefoot or doing some other foolish thing. I expected it, however. No woman is happy unless she's flat down about half the time. How on earth any of your sex manage to live to be twenty years old is a mystery to me. The average woman has no more sense than a rag baby."

"I haven't been careless," she replied.

"I know better! Of course you have! If you hadn't been you wouldn't be where you are. Grip be hanged! Well, it's only right that you should suffer for it. Call it what you wish, but don't expect any sympathy from me. While I use every precaution to preserve my health, you go sloshing around in your bare feet, or sit on a cake of ice to read a dime novel, or do some other tomfool thing to flatten you out. I refuse to sympathize with you, Mrs. Bowser - absolutely and teetotally refuse to utter one word of pity."

Mrs. Bowser had nothing to say in reply. Mr. Bowser ate his dinner alone, took advantage of the occasion to drive a few nails and make a great noise, and by and by went off to his club and was gone until midnight. Next morning Mrs. Bowser felt a bit better and made a heroic attempt to be about until he started for the office.

The only reference he made to her illness was to say:

"If you live to be three hundred years old, you may possibly learn something about the laws of health and be able to keep out of bed three days in a week."

Mrs. Bowser was all right at the end of three or four days, and nothing more was said. Then one afternoon at three o'clock a carriage drove up and a stranger assisted Mr. Bowser into the house. He was looking pale and ghastly, and his chin quivered, and his knees wabbled.

Mrs. Bowser got him to bed and examined him for bullet holes or knife wounds. There were none. He had no broken limbs. He hadn't fallen off a horse or been half drowned. When she had satisfied herself on these points, she asked:

"I thought so. Mr. Bowser, you have the grip - a second attack. As I have some medicine left, there's no need to send for the doctor. I'll have you all right in a day or two."

Emotion overcame Mr. Bowser, and he could say no more. The doctor came and pronounced it a second attack of the grip, but a very mild one. When he had departed, Mrs. Bowser didn't accuse Mr. Bowser with putting on his summer flannels a month too soon; with forgetting his umbrella and getting soaked through; with leaving his rubbers at home and having damp feet all day. She didn't express her wonder that he hadn't died years ago, nor predict that when he reached the age of Methuselah he would know better than to roll in snow-banks or stand around in mud puddles. She didn't kick over chairs or slam doors or leave him alone. When Mr. Bowser shed tears, she wiped them away. When he moaned, she held his hand. When he said he felt that the grim specter was near, and wanted to kiss the baby good-by, she cheered him with the prediction that he would be a great deal better next day.

Mr. Bowser didn't get up next day, though the doctor said he could. He lay in bed and sighed and uttered sorrowful moans and groans. He wanted toast and preserves; he had to have help to turn over; he worried about a relapse; he had to have a damp cloth on his forehead; he wanted to have a council of doctors, and he read the copy of his last will and testament over three times.

Mr. Bowser was all right next morning, however. When Mrs. Bowser asked him how he felt he replied:

"How do I feel ? Why, as right as a trivet, of course. When a man takes the care of himself that I do - when he has the nerve and will power I have - he can throw off 'most anything. You would have died, Mrs. Bowser; but I was scarcely affected. It was just a play spell. I'd like to be real sick once just to see how it would seem. Cholera, I suppose it was; but outside of feeling a little tired, I wasn't at all affected."

And the dutiful Mrs. Bowser looked at him and swallowed it all and never said a word to hurt his feelings. 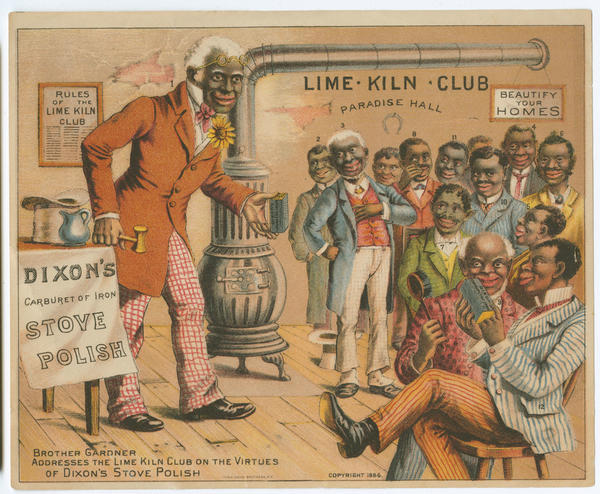