Giethoorn has over 180 bridges.

It became locally famous, especially after 1958, when the Dutch film maker Bert Haanstra  made his famous comedy ”Fanfare”  there.


In the old part of the village, there were no roads  (nowadays there is a cycling path), and all transport was done by water over one of the many canals.  The lakes in Giethoorn were formed by peat  unearthing.


Giethoorn was founded by fugitives from the Mediterranean region in around AD 1230.

Giethoorn was a separate municipality until 1973, when it became part of  Brederwiede.


Here in Holland's water village of Giethoorn the loudest sound you can normally hear is the quacking of a duck or the noise made by other birds.

Boating has been a popular tourist attraction here for years, with 90km of canoe trails and scores of motorboats to rent, but now, instead of conventional outboard motors, the hire shops stock so-called 'whisper boats' - dinghies driven by electric motor.


Giethoorn's name originates from the first inhabitants' discovery of hundreds of goat horns (gietehorens) in the marshland, remnants of a 10th-century flood.

Today no goat horns will be found here, but the vegetation is quite distinct still. Here you will find yourself on the edge of vast series of lakes and canals, ideal for boaties, angling and paddle-cycling.

Although there are organized boat tours, it's more fun to hire a small electric boat that requires no great technical skill to operate, and seats two or three comfortably.

Most of the canal-side restaurants rent them and it's a grand way to spend an afternoon, gently puttering down the narrow waterways, under gracefully arching bridges, past cosy thatched cottages.

There are three canal-side museums to visit and the Schreur shipyard, where the Giethoorn punt is built.

Footpaths beside the canals are ideal for walking or cycling, and there's a wide selection of cafes and restaurants. 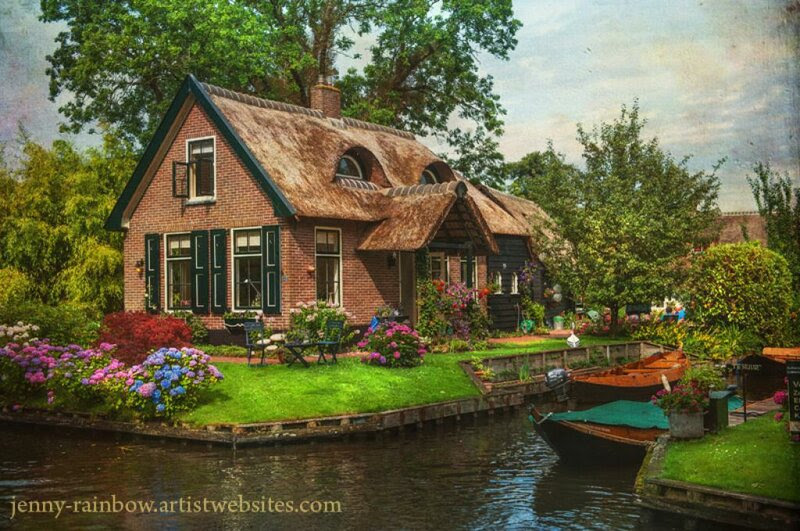 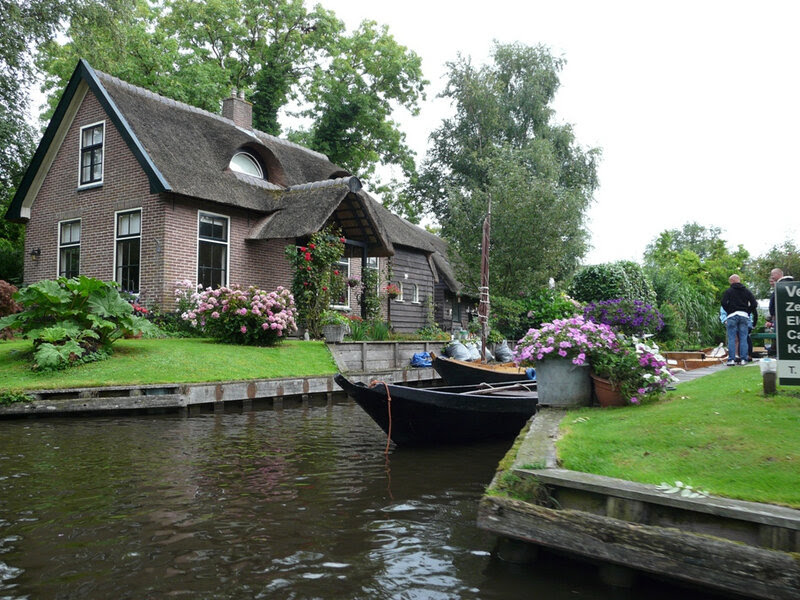