THE CURSED ISLAND OF GAIOLA 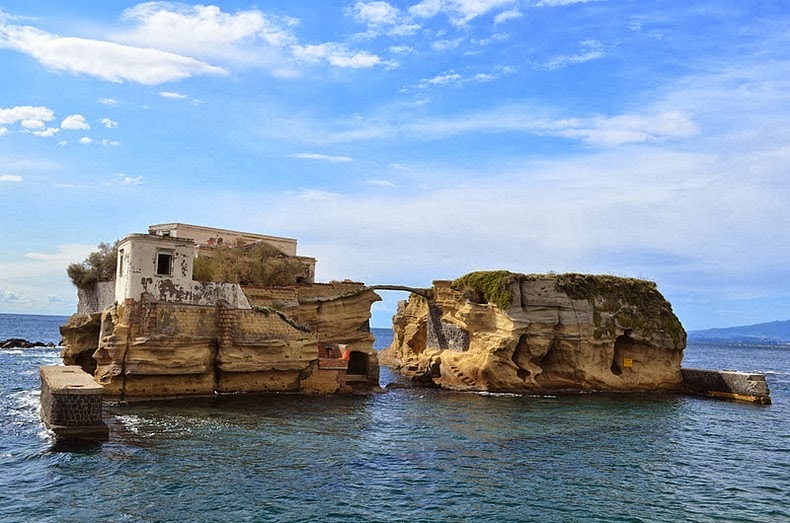 Gaiola Island (Isola della Gaiola in Italian) is one of the minor islands of Naples, Italy, located in the Gulf of Naples in the heart of Gaiola Underwater Park, a protected region of about 42 hectares.

The island consist of two stunning and serene islets. Located on the southern border of Posillipo and very near to the coastline – about 30 meters away, the island is easy to reach. While one of the islet has a solitary villa, the other is uninhabited. A small bridge connects the two islets, which are separated by just a few meters. The bridge is very narrow and looks like a natural arch connecting the two islets.

The island takes its name from the cavities that dot the coast of Posillipo, originating from the Latin cavea, "little cave", and then through the dialect "Caviola". Originally, the small island was known as Euplea, protector of safe navigation, and was the site of a small temple dedicated to Venus. There are also several other ruins from the time of the Romans.

In fact, below the islets in the water are several Roman structures that are now the home of marine creatures. Some believe that the poet Virgil, regarded as a magician, taught here at the ruins.


In early 19th century, the island was inhabited by a hermit known as "The Wizard". Soon after, the island saw the construction of the villa that occupies it today and which was, at one time, owned by Norman Douglas, author of Land of the Siren. The island might seem as a perfect post-retirement getaway, however, the locals believe the island to be cursed, a reputation that came about because of the frequent premature death of its owners.

The series of misfortunes started sometime around the 1920s, when the then owner, a Swiss named Hans Braun, was found murdered and wrapped in a rug. A short while later his wife drowned in the sea. The villa’s next owner was the German Otto Grunback, who died of a heart attack while on the island. A similar fate befell the pharmaceutical industrialist Maurice-Yves Sandoz, who committed suicide in a mental hospital in Switzerland. Its subsequent owner, a German steel industrialist, Baron Karl Paul Langheim, was dragged to economic ruin by wild living. The island has also belonged to Gianni Agnelli, the head of Fiat, whose only son committed suicide. After his son's untimely death Gianni had started grooming his nephew Umberto Agnelli to run Fiat, but Umberto also died of some rare cancer at the young age of 33. Another owner, the multi-billionaire Paul Getty, after buying the island, had his grandson kidnapped. The island’s last owner Gianpasquale Grappone was jailed when his insurance company failed.
Today, the villa is uninhabited and abandoned. 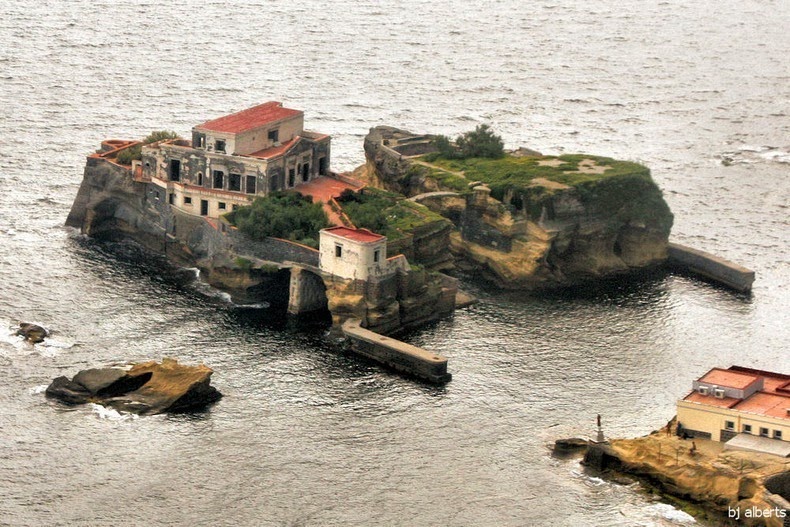 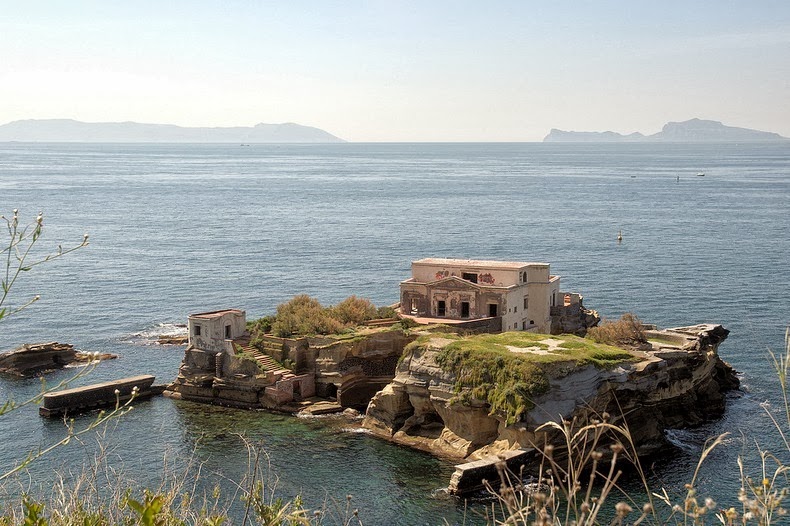 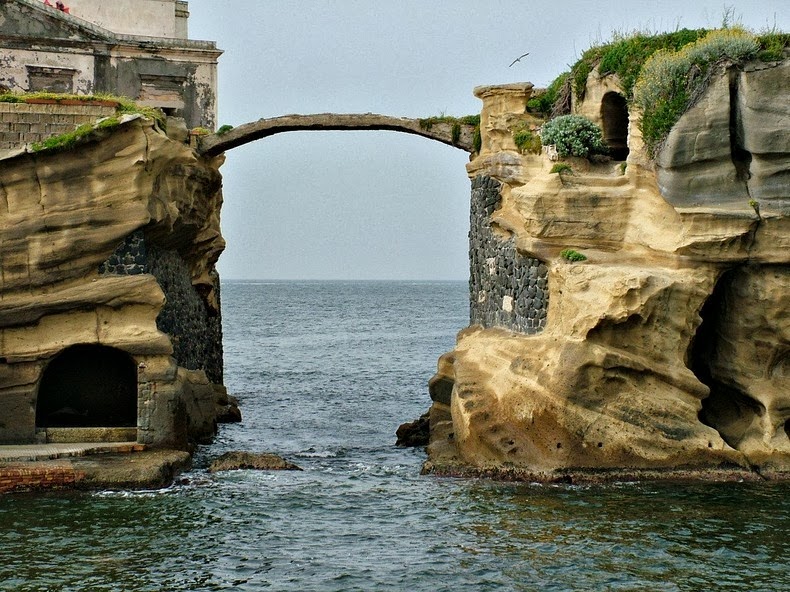 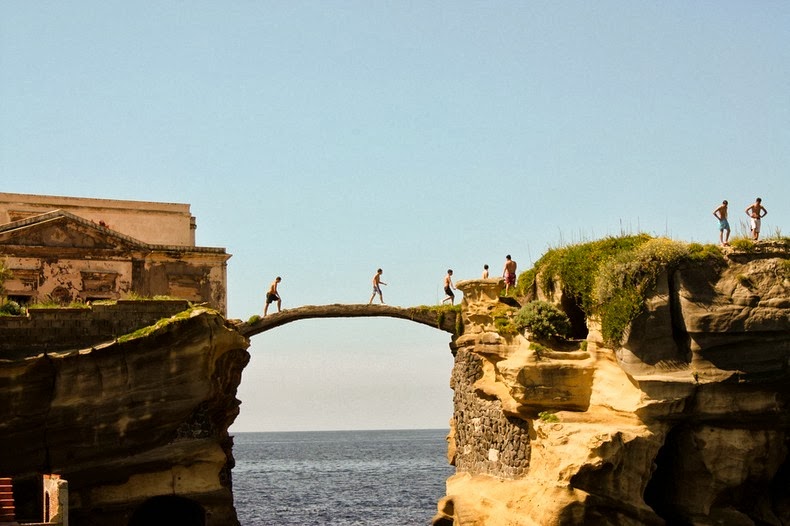 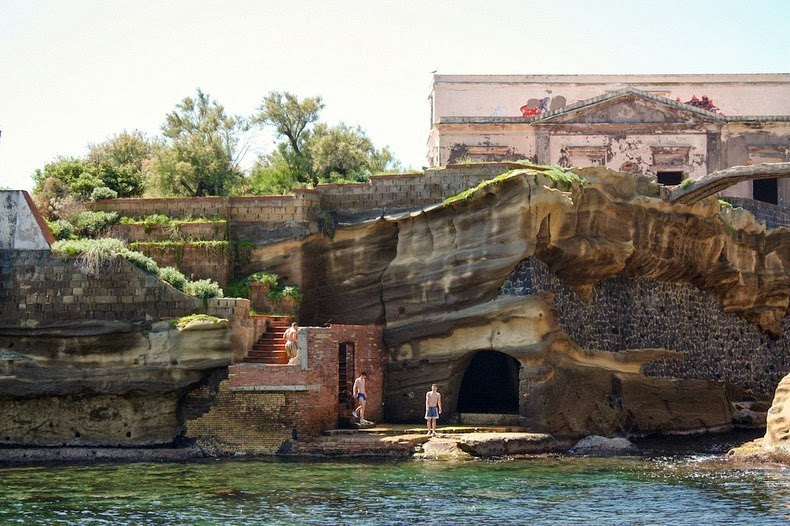 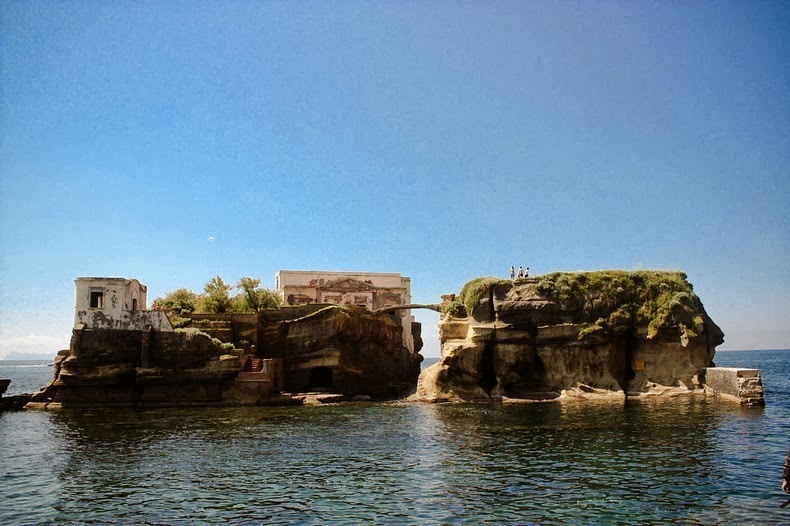 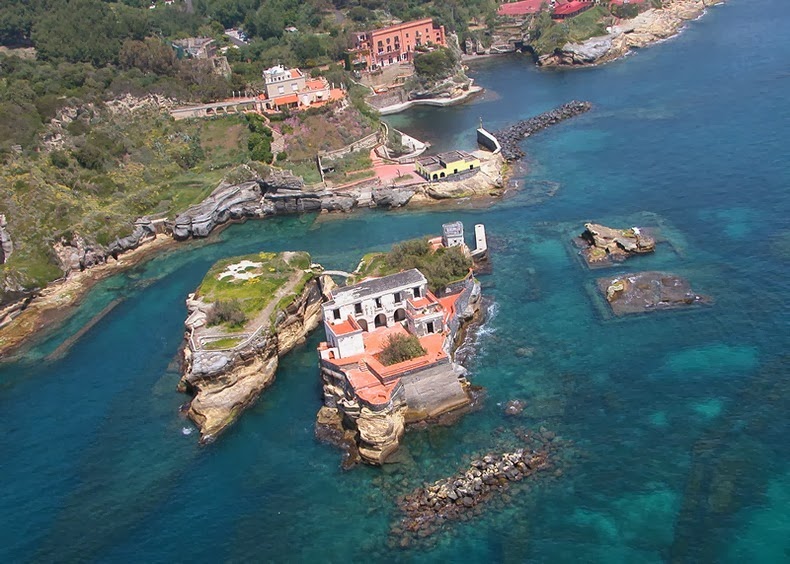