Born in Talsamo (Taranto province, Southern Italy) and a livornese adoptee, Antonietta Varallo approaches painting when she was just fifteen. She, for one year, attended at the Free Acade my “Trossi-Uberti” directed by Voltolino Fontani, then the maestro Luciano Torsi has been her guide up to her artistic maturity after eighteen years of teaching.

On 1976 she won the first prize “Chimera” held in the city of Arezzo (Tuscany). Nowadays she’s still a honorary professor of the Academy of “Machiavello” in Florence as well as in the Academy “G.Marconi” in Bologna. The pictorial anthology of Antonietta Varallo is essentially and mostly determined by nature: her gardens full of flowers and the enchanted landscape of Tuscany, the triumphant moltitude of colours is the proof of “how”this artist (imaginative and highly talented) is able to surprise and evoke some unique and forgotten feelings. In her paintings the time is not still, rather it’s suspended in a surrealistic atmosphere which bring us to tender scenarious in pastel tones and romantic sights that are very appreciated and loved in Tuscany. Although her style is extremely naive, she elaborates reality staying far away from the mere description: she re-invents images, she shows suggestive visions and chromatic charms where silence is often the main character. This calm invaded by seagulls, closed gates, old wisemen, cutted trunks on the seashore and branches soaked in misty; the“scenario”is wrapped in faded tones, with some pearly-grey, blue and blured pink tones which infuses in the observer a sort of attraction, a sort of familiar relationship given by the immutable time features. That’s what the author’s mind expresses on her canvas. Antonietta lives and works in Livorno, where is a well-known member of the artistic community, but she prefers to stay in a separated and solitary place. Anyway, this intimacy is far to be merely considered an isolation desire but, on the contrary, her depicted characters are the most precious vehicles for her feelings. From time to time she personally reflects on her own about the common life events and then offers them us. Undoubtly this original method (her own method!) has contributed to the formation of her pictorial career that’s hardly classifiable in some of the latest, fashionable “...ism”. Biographical notes: Honorary professor of the “Machiavello” Academy of Florence, Honorary professor of the “G.Marconi” Academy of Bologna, quoted in “Dizionario pagine d’Arte” 1979. First prize at “Chimera” award of Arezzo city-1976-, second prize in “Il Cavalletto” award 1984,  second prize in “Fantasie di primavera” award-1986. She took part to several contests and awards where she always obtained a wide appreciation by the critics and public. She exhibited her works in Italy (Suvereto, Vicenza, Camp Darby,Siena, Piacenza. Bari, Pisa, Lerici, Marina di Massa, Forte dei Marmi, Levanto) and many of them are actually in important, private collections all over the world, especially in Japan, United States and Germany 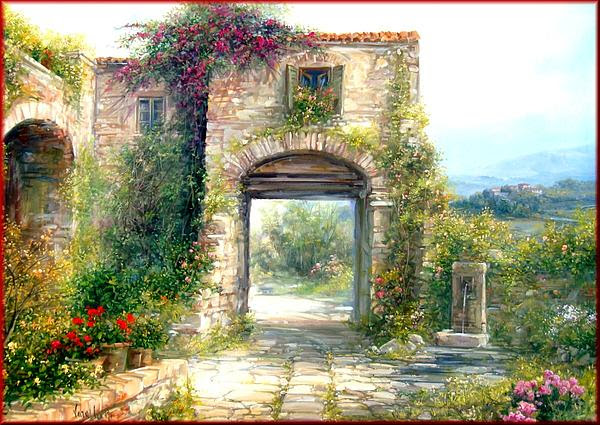 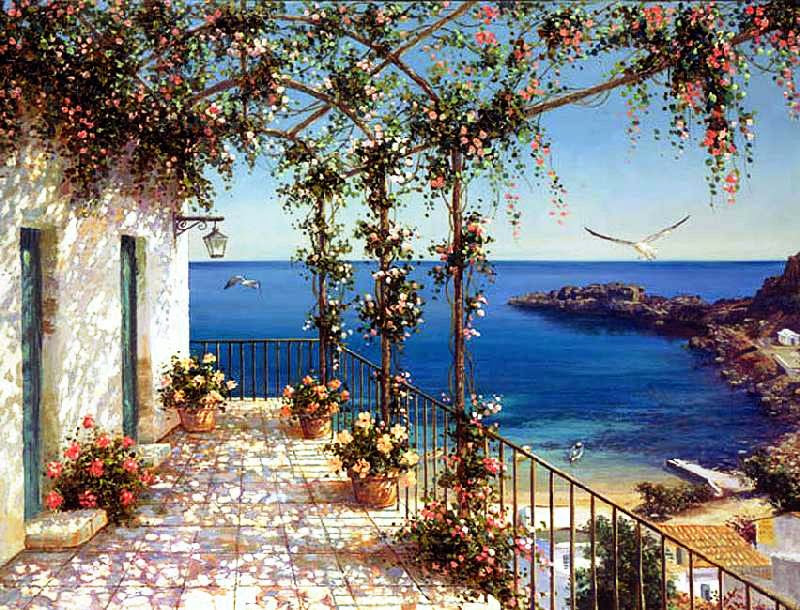